Cloudstream supports two times of reports. One is called ‘Summary Reports’, while the other are called ‘List Reports’. This section explains the differences between the two.
To show how these two different kinds of reports work, we’ll use an example application, in which employees of a company put forward requests for leave by filling out a form. The form collects their name, their department, the start and return days for the leave, and also calculates the total days taken.

Here is a table showing the results of 17 such requests (dates are in DAY/MONTH/YEAR): 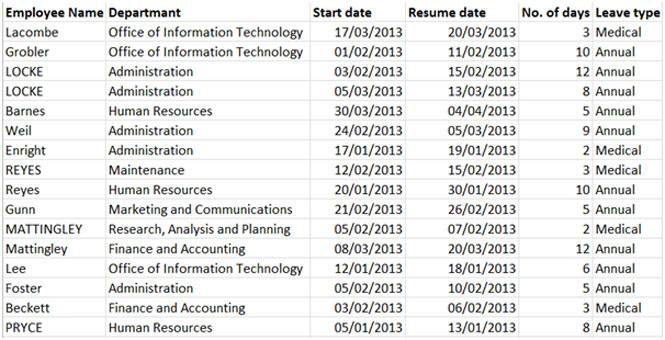 A List Report is useful to see DETAILS of leave taken. For example, you would use a List Report to see who took vacations from each department:

A Summary Report is useful to see SUMMARY of leave taken. For example, you would use a Pivot Report to see how many days were taken by each person in each department: 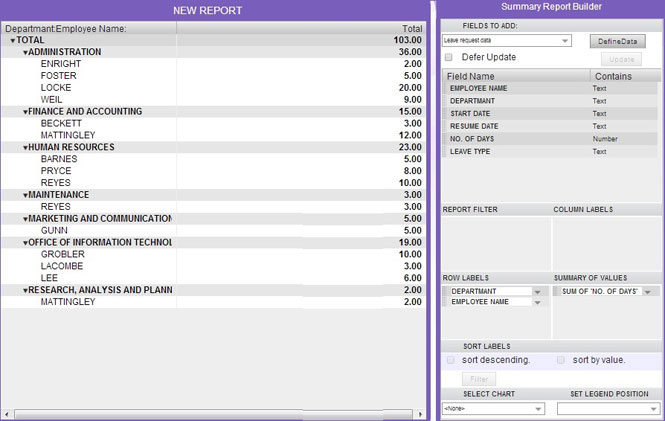 Here are the key differences between the two kinds of reports: